“You’re a lucky guy! To be living your dream” he said sipping his cup of coffee.

A statement, I had so often heard since the time I announced that I am quitting my job to travel the country.

“Well, it’s not just being lucky dude. More importantly he’s got the balls to do it which most people don’t.” said another. 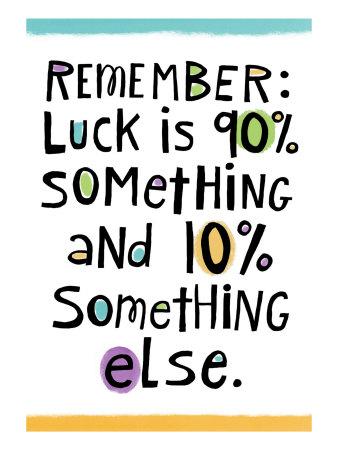 This point hit closer home and yet was miles away. From my side most of times such exchanges evoked feelings of pity masked behind the thoughts to scream my head off to whoever was making the statement.

“LUCKY!!! Damn you bro!!! You have not an iota of the things that go in to living the dream. Do not simply attribute everything to LUCK” I wanted to shout to his face.

And if the former was insulting the step I took (and consequently me) by calling it lucky, the latter was humiliating himself by describing my actions as courageous.The actual reaction though, has always been subdued. This time was no different as well and response was the usual. A shrug and half a smile.

My annoyance, however, was not to the point was not about being lucky or being brave. It was to the point that how people manage to live their entire lives without living their dreams and being envious of the people who do. They tend to believe that one must give up on their family, their jobs or something else to live their dream. But it’s not necessarily so. If you truly want something you need to put in that much efforts.

A year back or so, even I was a part of the rat race - the cubicle, the hours of meaningless meetings, the dreadful Monday mornings and the works. And yet I managed to go on that bike ride, that solo trip or that trek in the mountains with my buddies every now and again. People would constantly ask, “How do you manage to get so many leaves?” And I would respond, “Because I ask for my share of them” Most people I remember would give up even before they asked their superiors, “No! My boss would never agree”

Yes, I was ‘fortunate’ enough to have a boss who let me take off on a trip whenever I wanted but then I put enough efforts to see during that week or two of absence from the office there was no work that would be impacted due to me not being there. Also I realized that if you put all the weekends together, the public holidays, the annual leaves and the odd fake sick leave or two you’d get close to 125-150 days away from office. And I was ‘smart’ enough to plan my work as well as vacation from these. I never found a point in collecting all my leaves and hoping to cash them at the end of the year or when I’d resign.

So why did I resign? I wanted to take off on my bike and come back home as I pleased. I did not want to have an itinerary or travel as per the plan. I did not want to regret not staying at a place for an extra day because I had to report back to office the next day. I wanted to experience for myself what life of long term travel is like. To live out of a backpack. To get lost and find my own way out. To meet nameless faces. To find some amazing eats.

I realized that the 5 day/9-6 week was not for me. I did not want to spend the next 3 decades of my life until retirement doing the same thing again. The boring desk job, the inevitable politics of corporate life, those hours spent at pointless meetings had to be thing of past. Seth Godin said “Instead of wondering when your next vacation is, you ought to set up a life you don’t need to escape from”. I knew I had to redesign my life such a way. And I knew if I did not do it then, I would do it never. 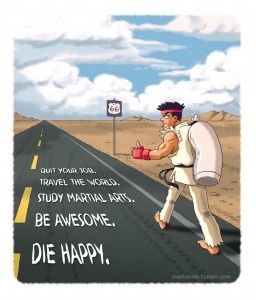 Having enough money while making such decisions becomes a big issue. But the truth is that there is never enough money. I saved up as much as I could and that really helped me through the past 6 months, but the reserves are dwindling.  So I am working my way to do alternate things that I love which also support and provide me freedom to vagabond like applying for TEFL/CELTA certifications, taking my blog upto next level, getting some travel writing assignments or scoring sponsored trips

But if you have been thinking its been all fun and enjoyment over the last six months then let me tell you its not. There have been anxious moments, sleepless nights and loneliness. And I did not enjoy my travel to some places as well. At the same time doubts raised by society, peers and friends safely disguised as curious questions or concerns have been a challenge thing to deal with.  Most of the time the strategy is to ignore and move on, but at times one definitely feels the need to give’em a piece of mind.

But am definitely taking the plunge to becoming a better travel blogger, writer and more importantly a better traveler. I love travelling and I do not want to give it up any time soon. And I am a game for doing anything that will keep me on the road longer and longer. I remember reading about/ listening to people who’d say something on the lines of it’s a tough job living and doing what you love. And too small and ignorant to understand would think to myself what kind of BS is that? How can it be a challenge to lead a life doing what you love? Well, not anymore. Is the road ahead going to be tough? Of course it is. Am I game for what’s up next? I’d say Bring it on!!!

6 Months of travel and What I am doing next! Indian Travel Bloggers - My Favourite Five

The Best Indian Holiday Calendar 2018 - Travel for more than 4 months without quitting your job.