After seeing the Lions for the first time ever in my life, it was like a fix that hit me. I wanted to see them again and again. After the morning safari Ranjan had already invited me to join him in the afternoon batch of 3.30. But lack of sleep the previous night and waking up early in the morning meant that I slept like a log through the afternoon.  In the evening I saw Ranjan sipping ‘chai’ and he said “You should have come man. I spent 3 hours sitting a few feet away from a male. 300 photographs in every pose possible” I regretted my dozing off.  We bid goodbye with a deal to meet again the next morning and so we did.

I was praying for us to spot a lonely male but it was a Pride of Lionesses and cubs. We saw a forest department jeep and a tracker standing on the route which meant that there had to be lions nearby. The tracker said that there were no lions but after some pleading an cajoling by our guide, he let us and other vehicles gathered after warning that he’ll allow only 5 mins per vehicle since this was off route. 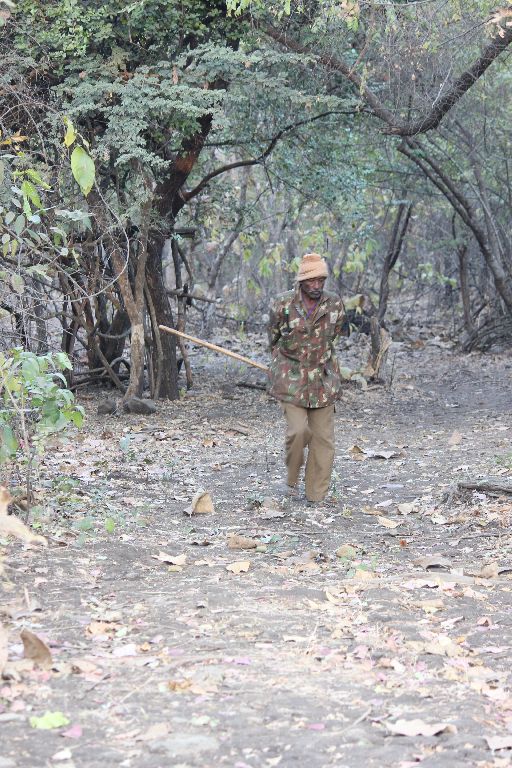 One of the Trackers. They keep following the lions day in and day out!

The lions were deep within the bushes and it was hard to click them, so I clicked a few and enjoyed watching them through the bushes. 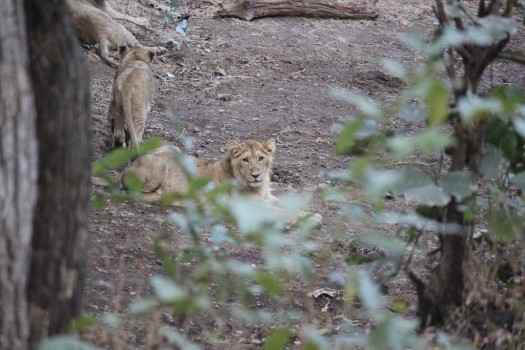 Lions far across the bushes! 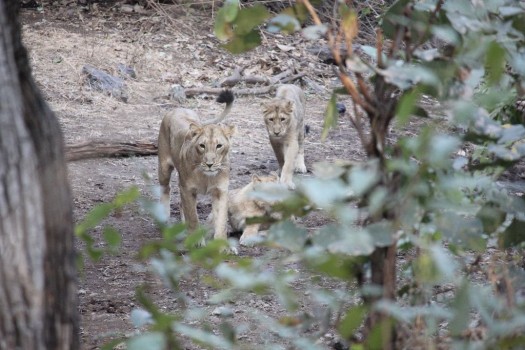 Some more pics from across the bushes

But as the sun started getting brighter and brighter they walked out of the bushes to enjoy themselves. It was here that I got some the best photographs that I could. I will let the pictures do the talking. 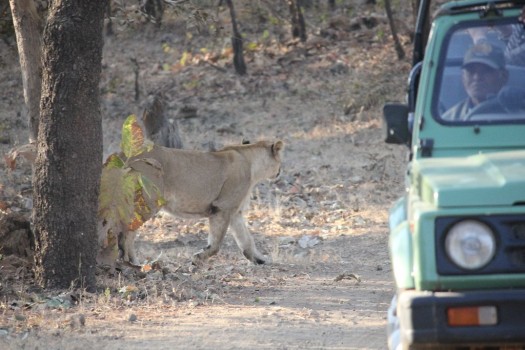 And they came out onto the road! 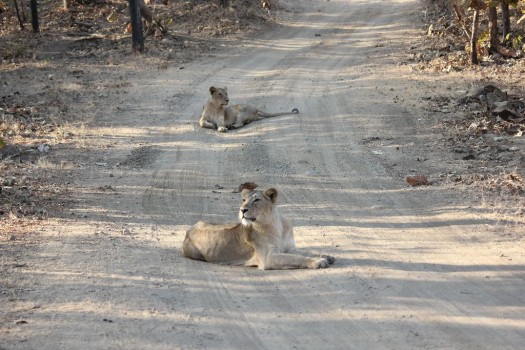 One of the best shots I got! 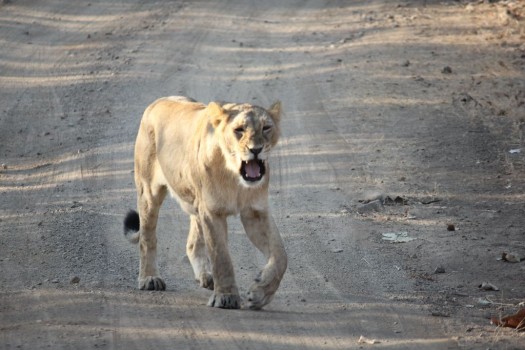 What a roar that was! 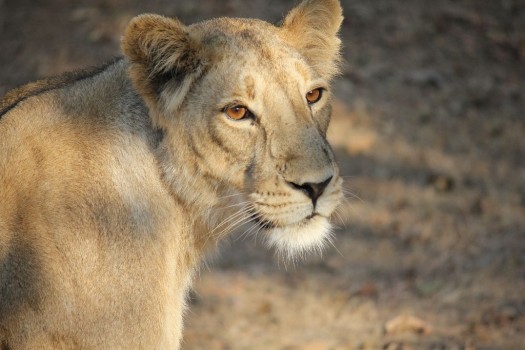 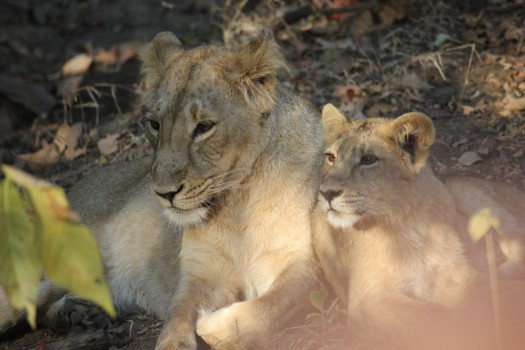 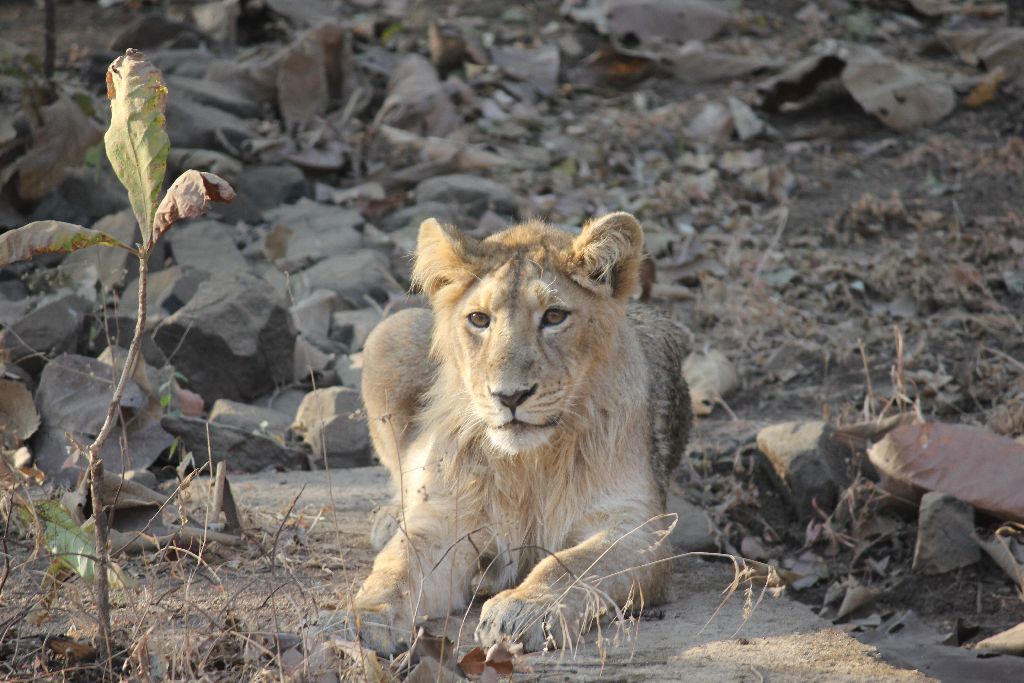 The Prince! (Looked like a male cub to me. What do you think?) 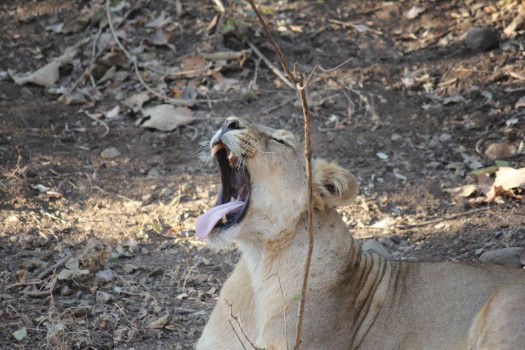 But the male lion remained elusive for the morning. I was already addicted. I wanted to see more and therefore I went again in the afternoon with Ranjan. And we were almost disappointed. We had spent more than two hours in the safari and we could not spot one. We were almost on our way out when we saw a male. It was the same that Ranjan had photographed the previous day. It was name Raju and it was handsome as one can be. Long flowing curly mane, not a mark or a spot on its face and a gentle yet a ferocious  look in its eyes. 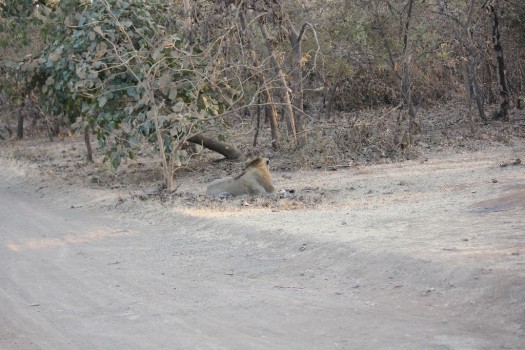 The first shot I got of the KING! 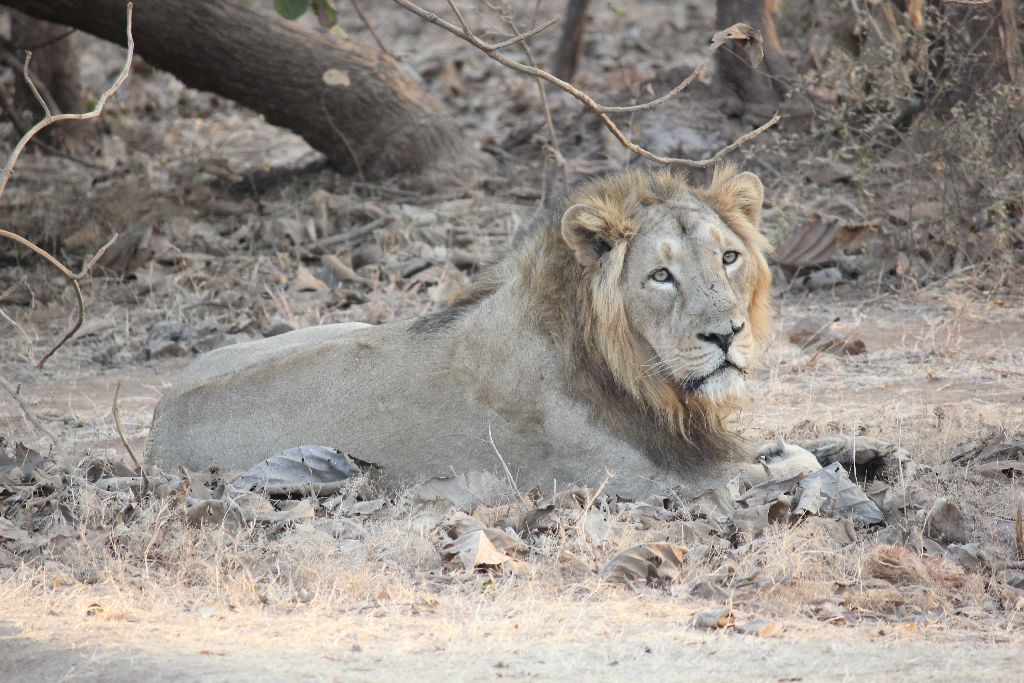 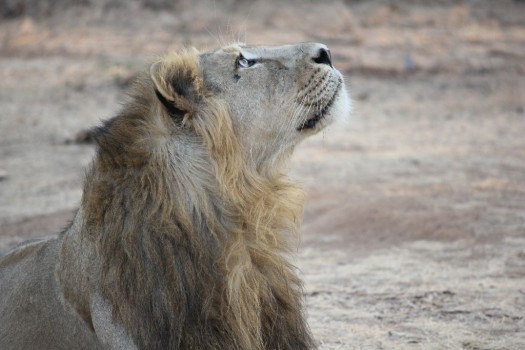 As I was clicking by another forest department vehicle came along and stopped a few feet away from the lion. It had a leopard tranquilized and caged within. The leopard was hurt and was treated and brought back to the jungle to be released. And the lion could realized another predator’s smell and got up and started walking towards the vehicle. 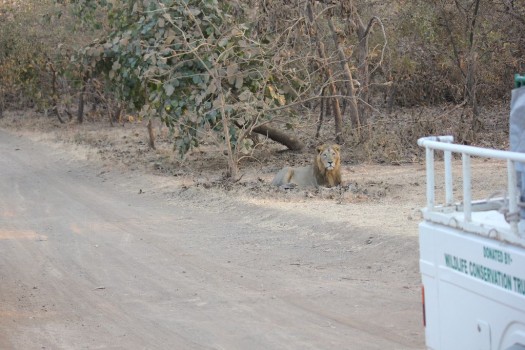 The vehicle with the leopard within. 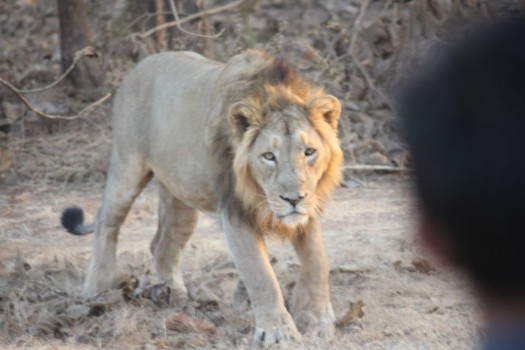 It got up and walked towards the vehicle!

But the vehicle moved on in a couple of minutes and it was time to resume clicking. So I went on once again trying to capture the beauty of this beast. 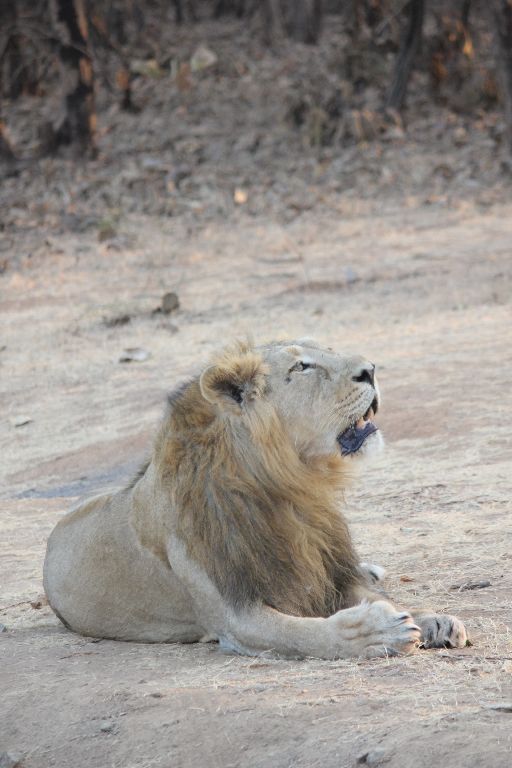 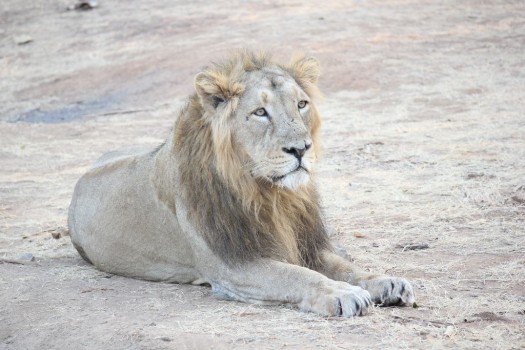 We made another safari the next morning but we could not spot any of those big cats. May be the seeing a Lion was the perfect culmination to my trip to Gir forest. The only one place that I had put in my to do list before riding to Gujarat and I was happy to say that I saw 21 lions in all of the 400 odd Asiatic lions left in the world. It was so AWESOME THAT AWESOME is a belittled word to describe it.

My Journey to Gujarat - A Review Lost in Paradise!