The last trip to Western Ghats though fantastic, left us wanting more. No longer had we reached our respective homes after the trip, the discussions for the next road trip had already begun on Whatsapp. I invited my friends to come over to explore the Konkan Coast. The way I had never been to the mountains in the western part of the country outside of Maharasthra, they never had the opportunity to explore the northern ranges of the Western Ghats. But the time it would take for them to get there and back to their hometowns would be almost twice than what they’d spend exploring the coast and the mountains. And  though the highways along the mountain ranges along the Kerela - Tamilnadu border were decided upon as the route to be journeyed upon after much discussion, the torrential downpour and the subsequent floods in the region a couple of weeks before our journey had us worried. Fortunately as we got closer to our departure date, the weather got stable. Everyone was to come down to Chennai from where the trip would start. 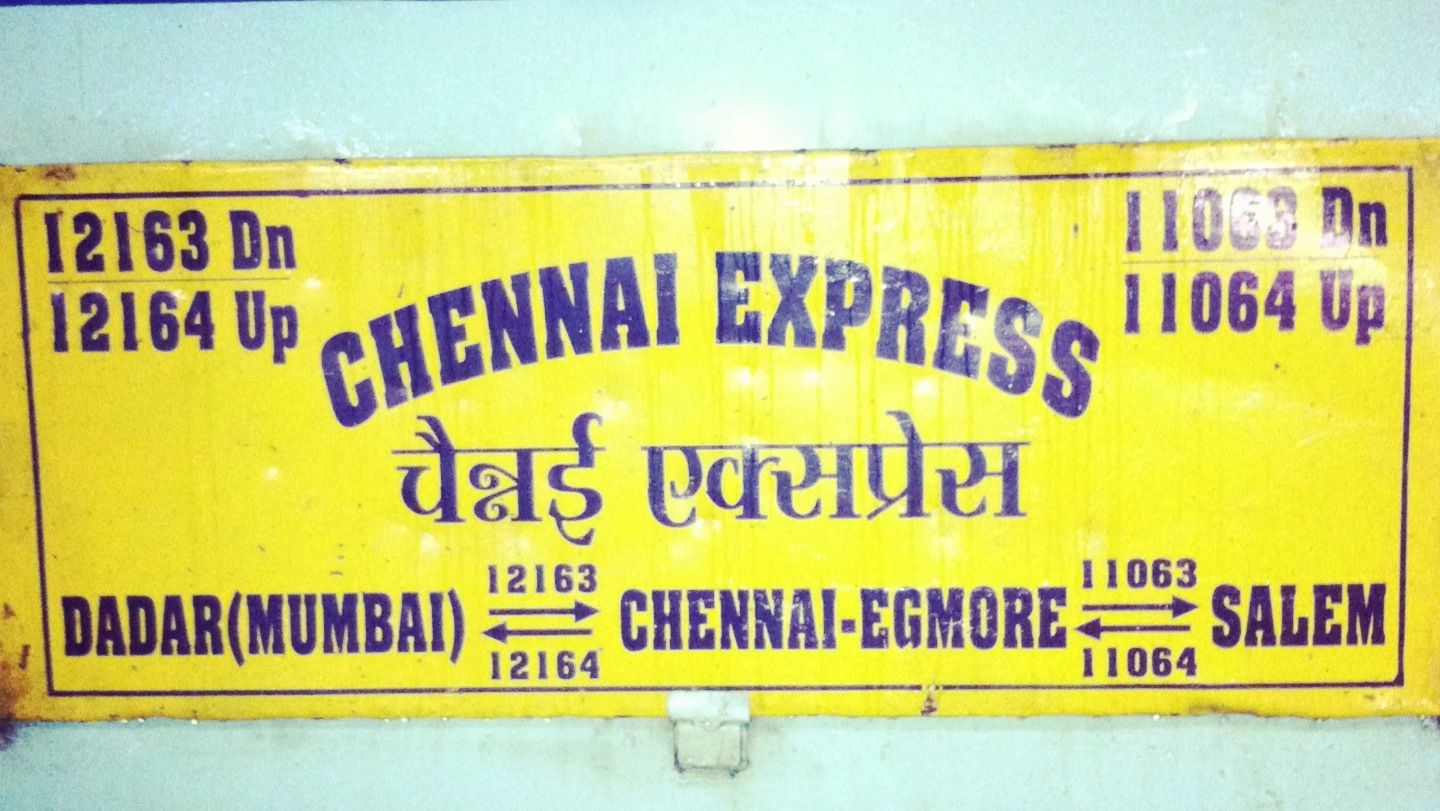 I boarded the Chennai Express the previous evening  and it was a 24 hour journey. People might call it a long journey, especially if one does not have any company. ButI I love travelling by trains. I totally believe that the next best thing to travelling across the country by motorbike is a long distance train journey. And when you have the slight drizzle pricking and a strong breeze blowing your face off as you sit at the foot board of the compartment time passes by. Especially when you have views like these to keep you company all the way. 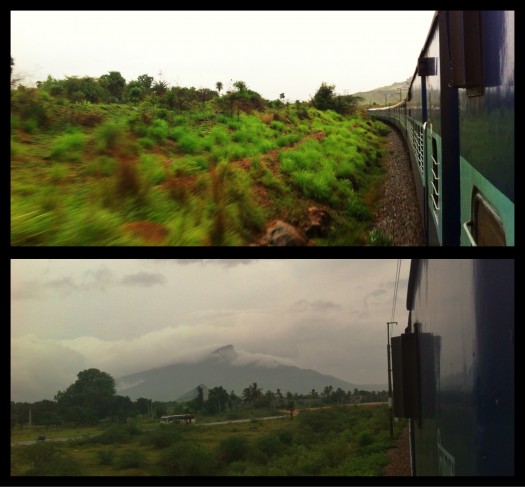 I reached Chennai by 8 in the evening but by the time everybody gathered or had been picked up and we left Chennai it was 3 am. And we still had to pick up a friend from Madurai which was en route. It was only by 4 pm that we reached Courtallam (pronounced coot-raa-lum)  our first destination on the trip. Courtallam is a bit  of a temple town and also many rivers originate in its surroundings. The town is surrounded by many small hills owing it being nested at foothills of some of the southern most ranges of the Western Ghats. This combination of mountains and rivers  results in numerous waterfalls that are the main attractions drawing tourists along with the many  temples that have devotees thronging by the thousands for blessings from the heavens above. 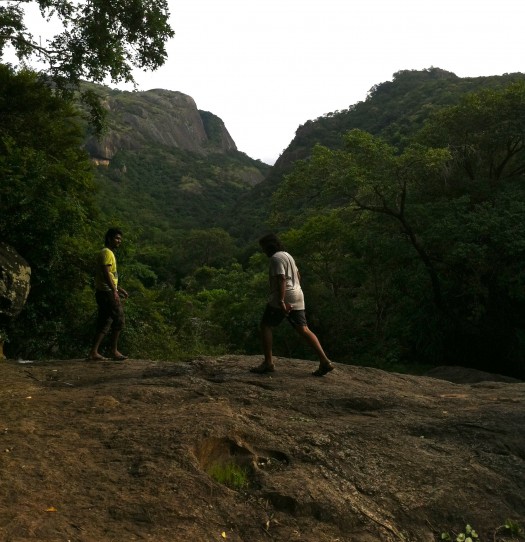 The plan at Courtallam was to get totally drenched under at least the Shenbhaga Devi waterfalls and have the water hit our backs as if being pelted by huge bags filled with rocks Therefore it was to our utmost shock when we  were told that we would not be allowed to visit the waterfalls because we were outside of the visitors timings. The Shenbhaga Devi waterfalls lies deep within a forest range and permissions from the forest officer is mandatory for those wanting to visit it. A lot of cajoling, pleading, begging and cooking up stories that included us being a team of documentary film makers/journalists/TV channel producers who’d come all the way from as far as Delhi and Bombay, we were finally allowed to. The 30-45 minutes uphill hike to the falls provides beautiful views of the Courtallam town at certain points along the course while at others are gushing streams with the sweetest of waters to wet that parched throat. 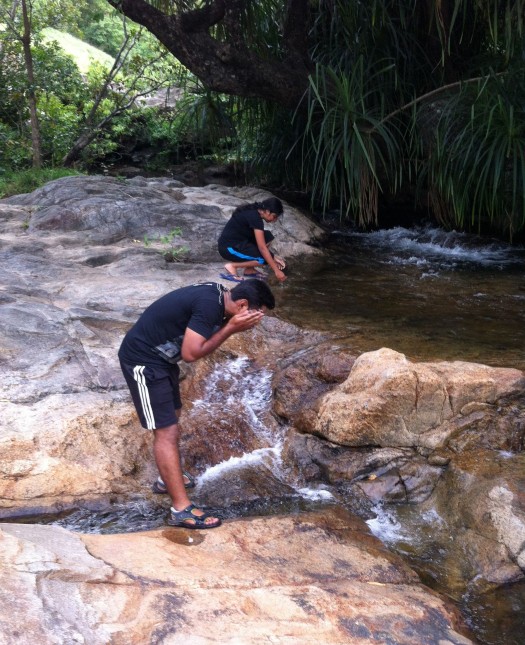 Halfway through the trek lies a small temple the Shenbaga Amman, (a female goddess) where we met an 80 year old woman with greyed and matted hair and skin wrinkled and darken ed by the years that passed her by who welcomed and chatted up with some of us. She first came the temple when she was 16 and never left. This my friends told me later as we climbed further up to the falls. “Why did she never leave? What does she do?”, I asked to which there was no answer. I thought I will  try and get some more on her life on the way back but she was nowhere to be seen. ‘Amma’ (‘Mother’  an usual respectful way to address any older lady in the southern part of the country) as we called her and later referred to her was one of nameless faces that keep my travels unfulfilled and incomplete and yet at peace to be living in the present and accepting of what and who has been encountered. 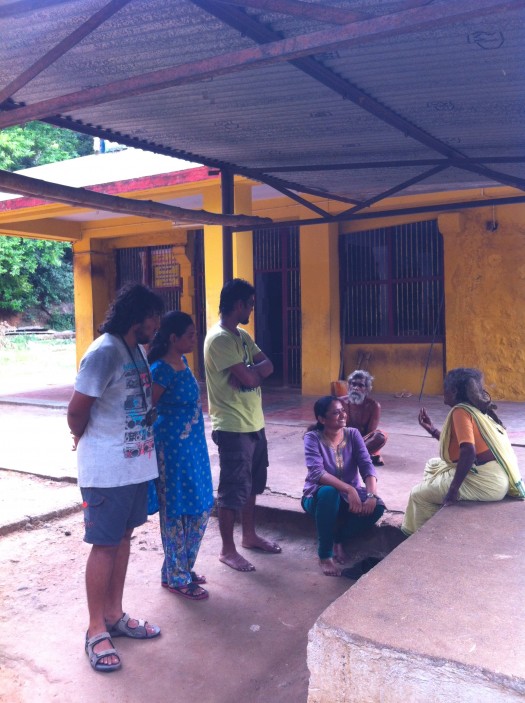 The falls were completely deserted when we reached there. The water leaps from a height of close to 30 feet or so in two different streams down a smooth and straight rock face to form a small pool before flowing further down. 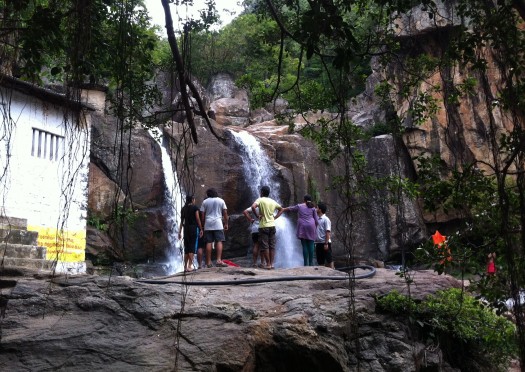 The foray into the water was a gradual one. At first just wetting our feet followed by a small dip. And before we  knew it we were standing right under the falls getting our heads throbbed and making it a task to breathe or open our eyes. 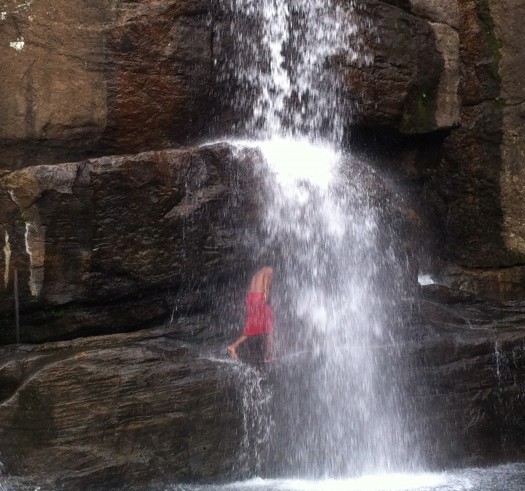 And then there was only one thing left. A leap into the pool from that ledge in the wall. Absolute freedom. 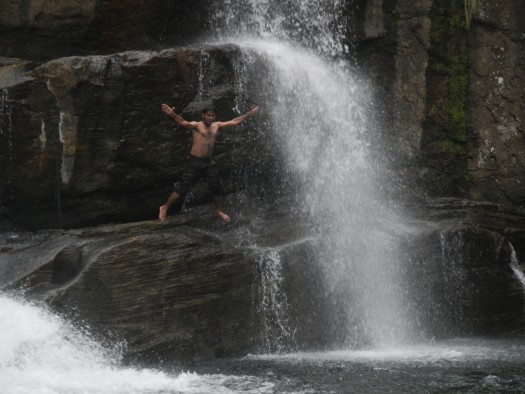 A long bit of splashing around later in the pool we returned back to the town and warmed ourselves with hot cups of coffee in the town. And after a delicious dinner that followed at this no non-sense, no frills, no shebang hotel called Border Rahmat hotel,(The eatery deserves a post of its own. I won’t be talking anything about it here for now) famous for its porrotas (soft and chewy flat breads) and its fare of deep fried meat, in the tiny little town of Sengottai, the day was coming to an end. 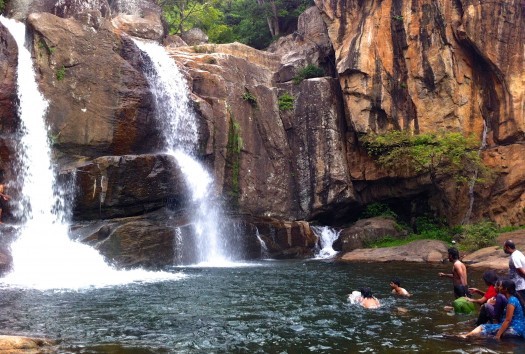 As we entered Kerela later in the night before calling it a day, I could not wait for the sun to rise. It was the first time ever I was setting foot in the state.  God’s Own Country as its called, the next couple of days made me realise its so apt for it to be called so.

All the jumping and playing at the falls had us totally refreshed after the previous night of sleeplessness and 600km drive in hot weather. A good night’s sleep and we be up and raring to go. The fun had just begun.